Why should I holster or bag my firearm?

Common sense isn’t common. For some reason, there are some individuals who think that walking into a gun store or a gun range while carrying a firearm in their hand is acceptable. If you were to ask these same people if they thought that walking into a grocery store, the mall, a restaurant, or any other public space while carrying a gun in their hand was a good idea, chances are that they would say “no.” When pressed to offer a reason why carrying a gun in the hands in a public place is a bad idea, most people would scoff and say, “well, isn’t it obvious?” Unfortunately, if the reasons were so obvious, then there would be no need for gun stores and gun ranges to post signage to remind customers to enter the store with firearms secured in a bag, case, or holster.

Without the ability to read minds, human beings rely upon observable behavior, such as words and actions, to understand their environment and the intentions of others. Holding a firearm while in a public place communicates one signal; keeping a firearm safety holstered communicates another. Obeying range rules sends a certain message; violating range rules sends another. Politely accepting instruction from the range safety officer means one thing; arguing and threatening to take your business elsewhere in response to a safety violation means another. And when it comes to the issue of holding a firearm when entering a gun store or gun range, employees and staff have between 3-4 seconds to determine if a robbery is about to take place or if a customer is being negligent.

KEEP FIREARMS IN A BAG, CASE, OR HOLSTER

Enter the gun store or gun range with firearms secured.

When you enter a gun store or gun range with your firearm secured in a bag, case, or holster, you are non-verbally communicating that you are not a threat. But if you were to enter the store holding a gun in your hand, what do you expect others to think? What would you think if you saw a stranger holding a gun in their hand in a parking lot? Even if the stranger announced, “It’s okay. This gun isn’t loaded!” would you immediately believe them? Probably not. But at gun stores and gun ranges, this very situation happens more often than it should. Customers walk into the store holding a gun. And while most customers do not have any malintention, how are others supposed to know that?

Buy a gun case, range bag, or holster before you visit the range.

Buying a range bag, gun case or gun holster and keeping your firearm inside of it helps to protect the firearm from humidity and dust while it’s at home. The firearm can also be transported in your personal vehicle while in the same bag, case, or holster – which eases the minds of police officers and other law enforcement who might interact with you on your way to the range. Pulling over a vehicle on a traffic stop and seeing firearms scattered around the vehicle has a tendency to put officers on high alert and will probably ruin your day.

It is probably illegal to carry a handgun on property that isn’t yours when carried in a reckless manner. 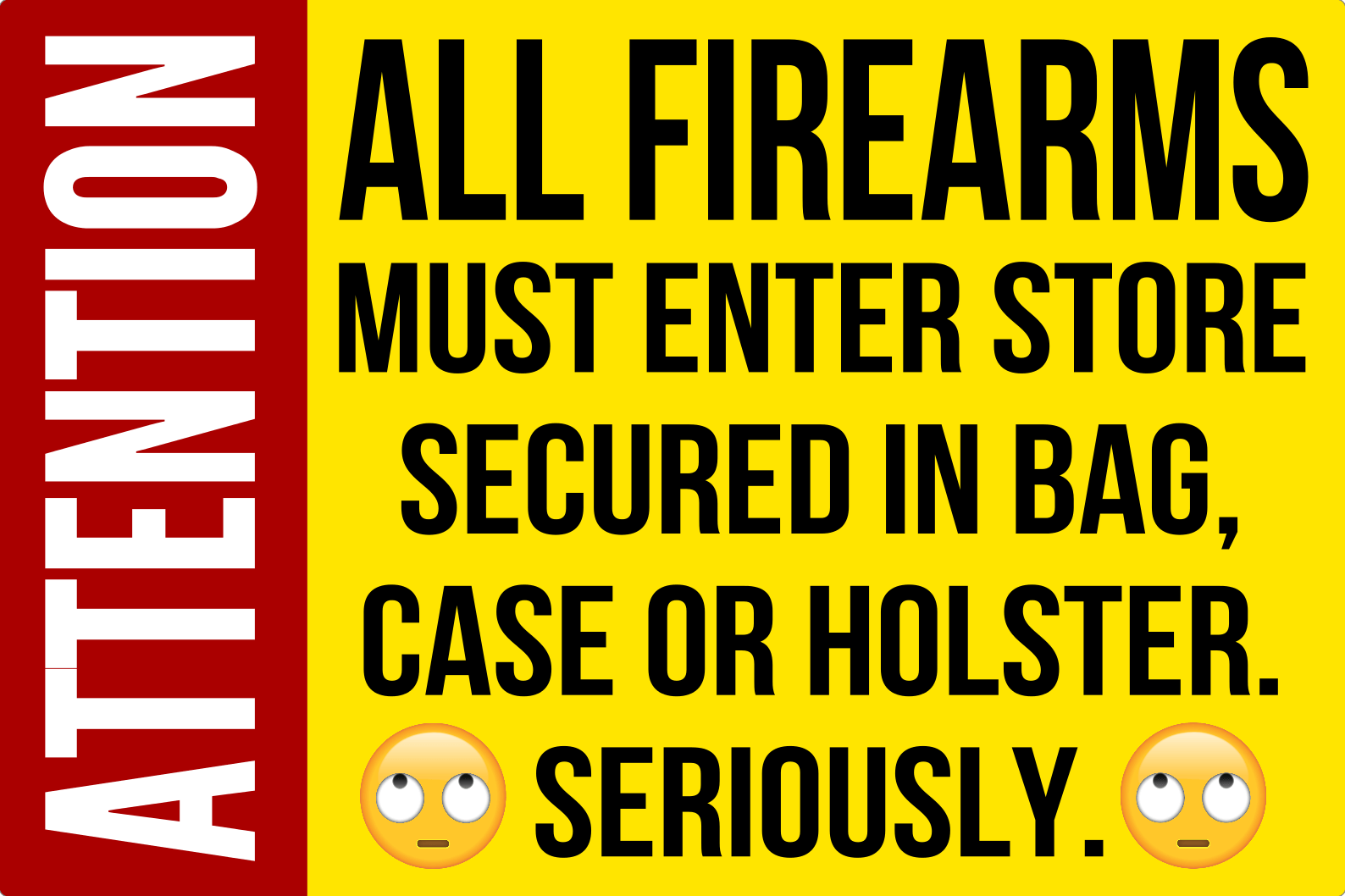 Follow the posted signs found at your local gun store or gun range. At Family Armory, we posted two signs on the exterior of the building on either side of the main entrance. The sign reads as follows, “All firearms must enter store secured in bag, case, or holster. Seriously.” Our firearm signs have a reflective aluminum finish to them with contrasting colors: black lettering on a yellow background for the sentence and white lettering on a white background for the word “Attention.” Each sign measures 36″ wide and 24″ tall.

Summary: Walking into a gun range or gun store with a firearm in hand is not a good idea for several reasons: (1.) employees and other customers of the business have no idea who you are or what your intention is, (2.) it is most likely illegal to carry a firearm in your hands on property that doesn’t belong to you, (3.) it demonstrates a clear disregard for building signage and business safety policies, and (4.) it is not a behavior that would otherwise be acceptable at other public places such as grocery stores or restaurants. 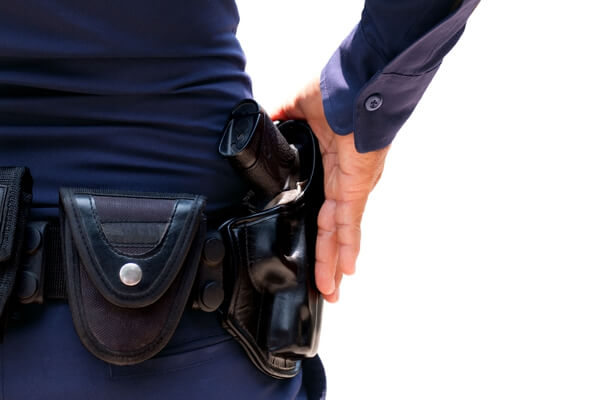 No shooting from the holster 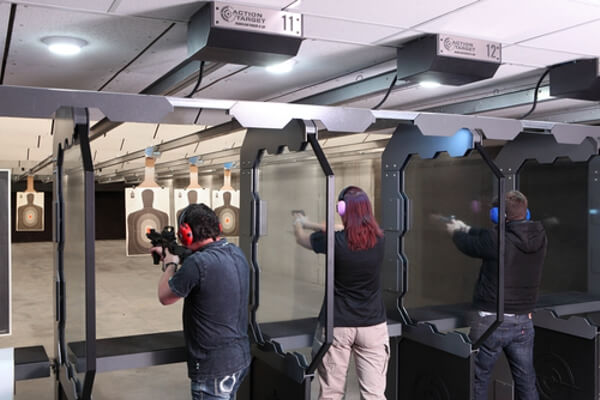 Downrange is the only safe direction 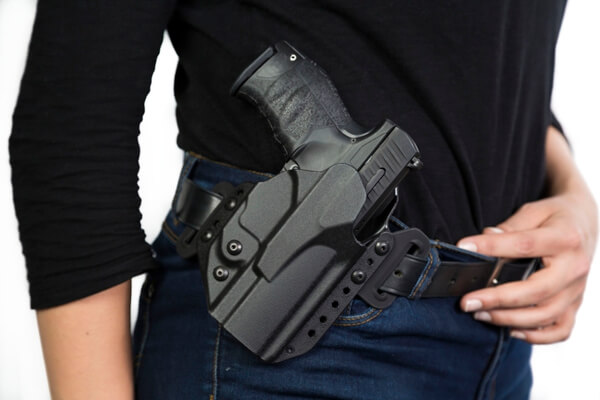 How do I transport my firearm at an indoor range? 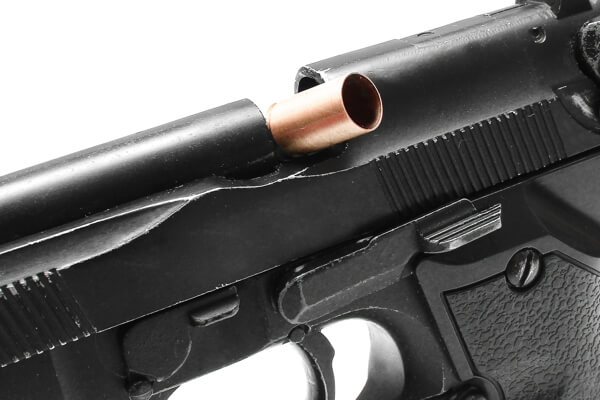 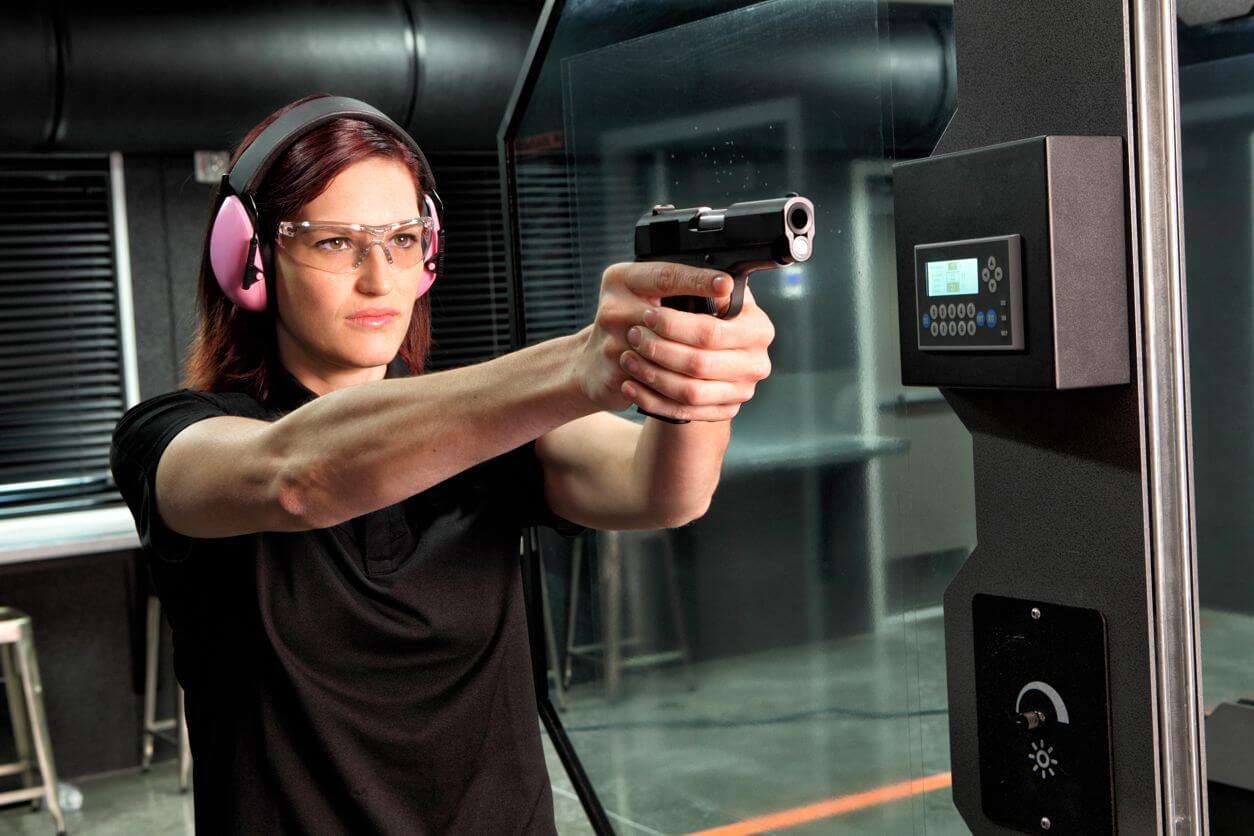 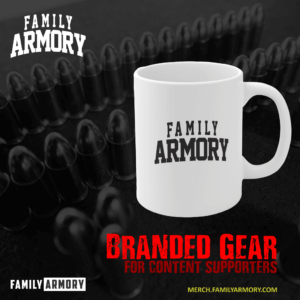 We created business branded gear so that you could show your support of Family Armory. If you enjoy our content and want to see more, say thanks with a shirt, mug, hat, or beanie today!

Support us on Social Media

Follow our Texas Indoor Gun Range on Facebook to see our Midland gun range news and events. Family Armory is also on Instagram (@familyarmory) for those who like seeing our special take on gun art photography.